Tanya: Pet of the Week

Home » Tanya: Pet of the Week 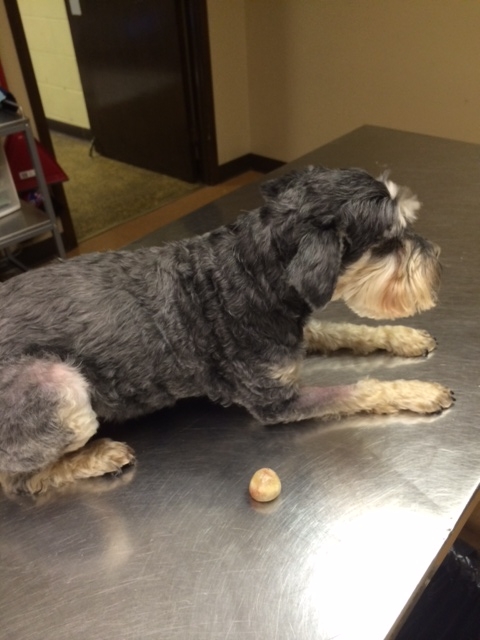 This sweet little girl, Tanya, was presented for straining to urinate, and blood in the urine. Xrays revealed one solitary stone occupying the entire bladder. Tanya was one of the breeds felt to have an increased risk for the formation of struvite stones (Schnauzer, Yorkie, Labrador and Dachshund).

Bladder stones come in several mineral compositions. The most common stone types are oxalate and struvite. Struvite is the name given to the crystal composed of magnesium, ammonium and phosphate. Struvite stones in dogs are almost always formed because of the urinary changes that occur with specific types of bladder infection.

Struvite stones can be removed either surgically or dissolved through diet.After the stones are removed one way or another, the focus shifts to prevention. Often patients are somehow predisposed to bladder infection, which means they are also predisposed to form more struvite bladder stones. A stone can form as quickly as 2 weeks after infection when a urease positive bacteria sets in, so post operative antibiotics are a must. Dietary therapy to prevent struvite stones is also important, and this may involve a diet change. Tanya underwent surgery to remove the stone and recovered phenomenally.

This site uses Akismet to reduce spam. Learn how your comment data is processed.

*Doctors hours by appointment only*